There are numerous processes that generate seismic, hydroacoustic, and infrasonic (SHI) waves. Project partner BGR has assembled sets of both natural and anthropogenic sources of these wave types (Figure 1) focusing on their individual waveforms, as well as their signal and spectral characteristics, and evaluated their potential use as excitation signals for on-site calibration in the low-frequency range down to 0.01 Hz. In addition to natural sources such as earthquakes, volcanic activity, or atmospheric events, BGR also considered anthropogenic sources such as explosions or traffic on land, in the air, and in the water. In particular, controlled sources such as air guns, drop weights or loudspeakers have also been included in this review. In order to provide the most complete picture possible, the characteristics of unusual signal sources, e.g., marine mammals or instruments, were also analysed. Procedures, which allow permanent on-site calibration without any interruptions of the recordings are to be established using the sources which have the most suitable properties.
This work has resulted in a detailed report, which is now the basis for preparing a publication for submission to a peer-reviewed journal. Some of the results will be presented at the upcoming General Assembly of the European Geosciences Union (EGU 2022). 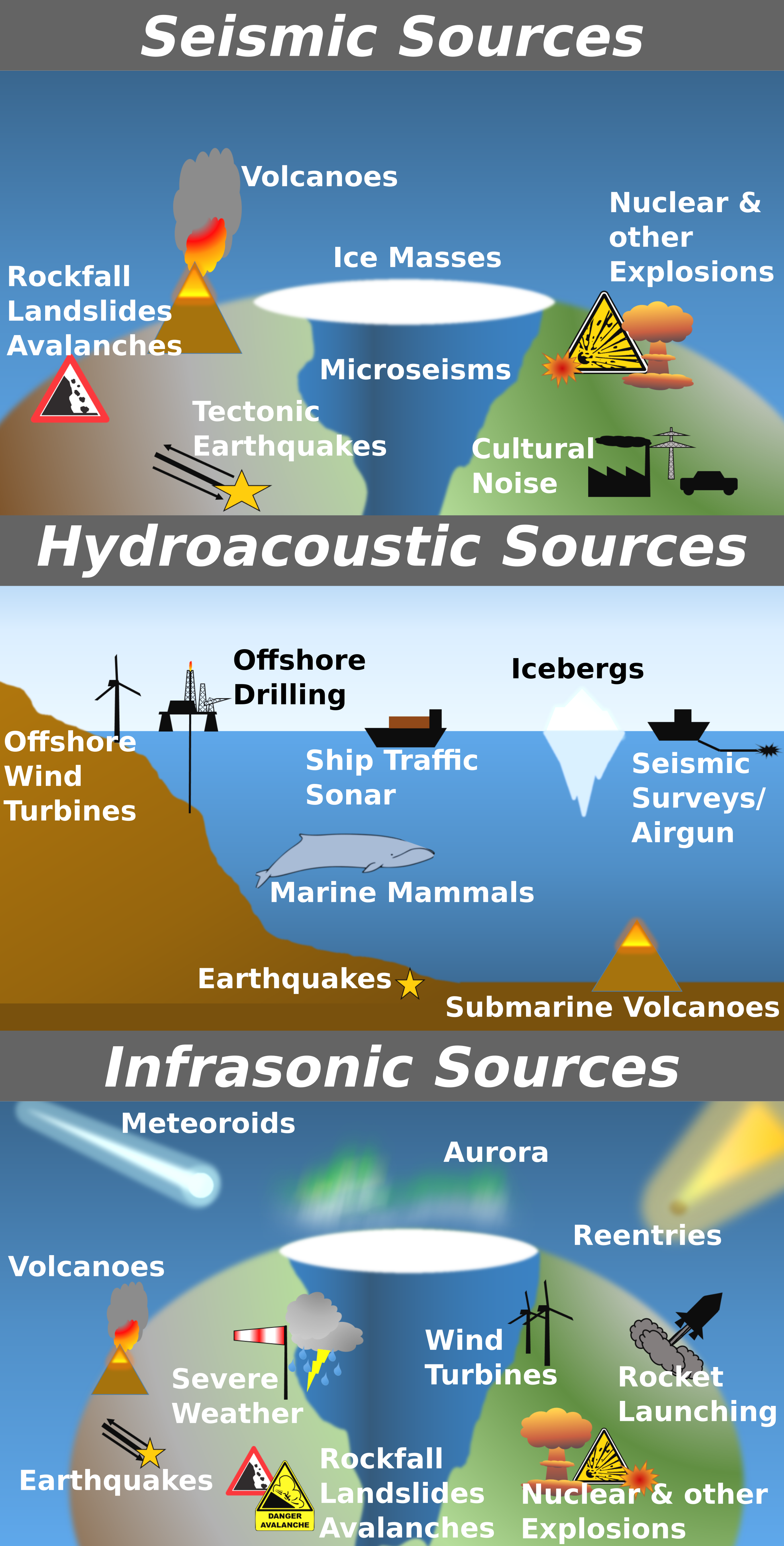